My study is exploring the behavioral effects of varying levels of dietary copper and zinc in rats, specifically looking at learning and memory through fear extinction, and motor coordination through accelerating rotarod paradigms.  We have five dietary conditions, three of which serve as different controls, and two of which induce a copper deficient state.  The rats must be reared on their respective dietary conditions from birth until four months of age before they undergo behavioral testing. 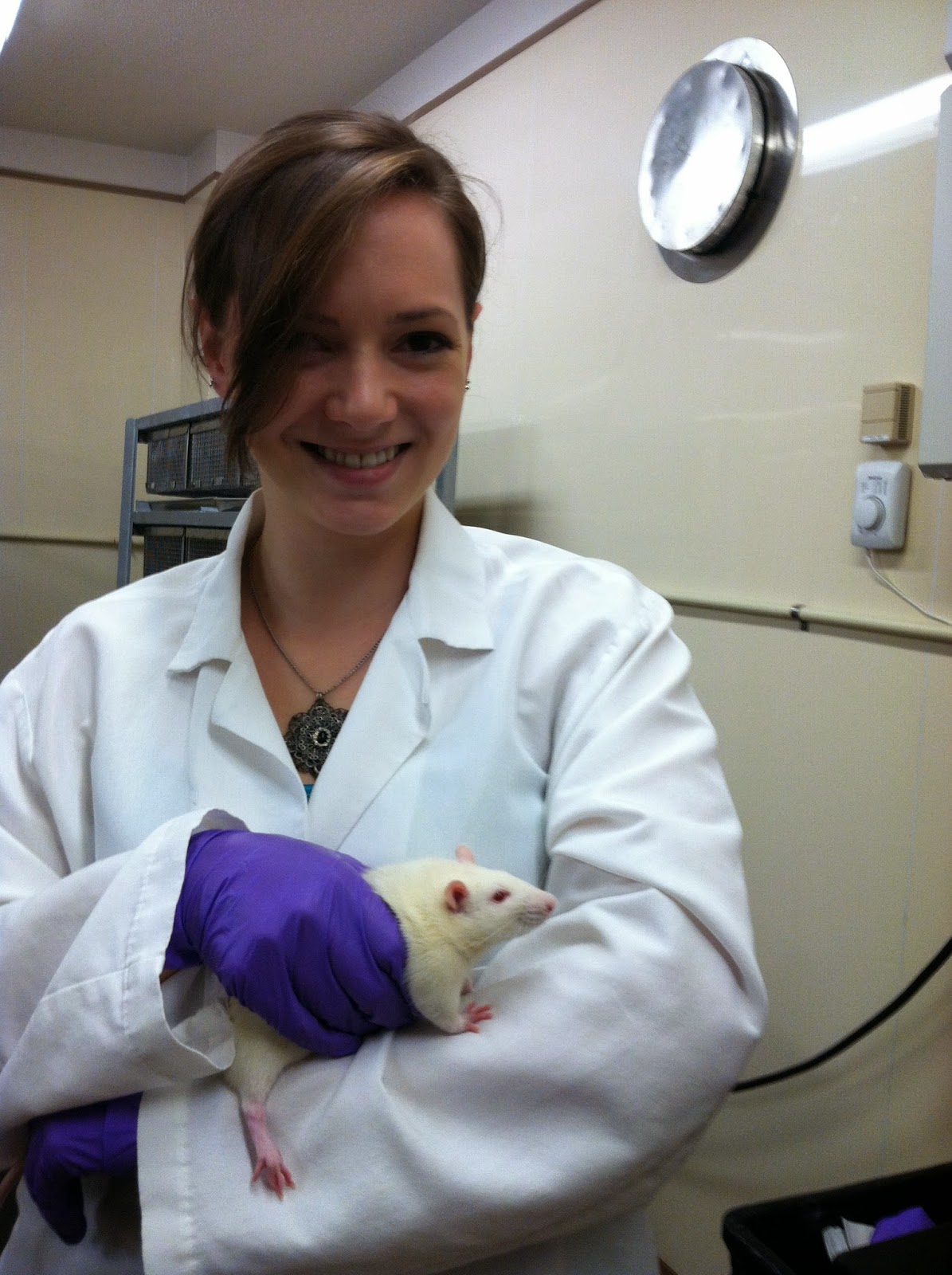 At the present stage of the project, we have a pilot group of rats that are being raised on their diets and are due to begin behavioral testing in early September.  In the meantime, regular tasks include checking on the rats daily to ensure their well-being, and handling them twice a week so that they become acclimated to researcher interaction.  Also, importantly, we must refill the food containers and monitor their dietary intake through food weights.  Since adolescence has been reached, this process is typically done twice a week to keep up with the rats’ growing appetites.  Additional work throughout the week also involves preparation for the behavioral measures, which must be thoroughly planned to ensure that any potential errors, interference, or confounds can be eliminated before the testing begins.  During this past week, we have been trying to determine which parts of the lab should be utilized as the environment for the fear conditioning and subsequent fear extinction days of testing, to avoid contextual interference and erroneously high freezing rates in the rats during fear extinction.