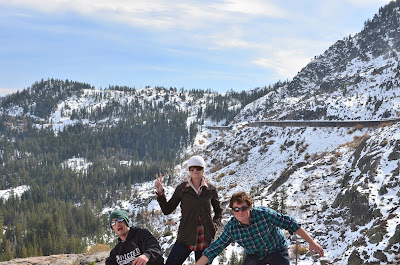 I was initially approached by Dr. Schreifels over the summer about working on some research with him for the fall semester. He said he was working on a rebuilding an old Dell GCMS that had been out of commission for a few years at that point. I particularly was intrigued by the reverse engineering aspects of the project because I have always been more of a hands-on person.

This project, if successful can be the groundwork of a new device to be used to detect the onset of seizures in patients through the volatile compounds they exude. I will be going into the medical profession because I am passionate about making sure people have the ability to suck all the juice from the apple we call life. Whether it be patient care or the medical side of research I will be fulfilling my goals and this project is along those lines.

I have been waiting on parts to come in from Great Britain, Italy, Michigan, and Canada. My weeks of late have been working with the Windows XP operating system and getting the 1992 GCMS software up and running. To do this, I had to purchase the software and run it on another software Virtualbox, I had previously used to navigate through multiple operating systems. Patience is the one thing I have discovered on a weekly basis this term. Waiting around for parts has been mind-numbingly slow. It has occurred to me that typical research can be a marathon at times, and an all-out sprint at others. Here is to preparing for my sprint.
Posted by OSCAR Links to this post

Email ThisBlogThis!Share to TwitterShare to FacebookShare to Pinterest
Labels: COS, URSP 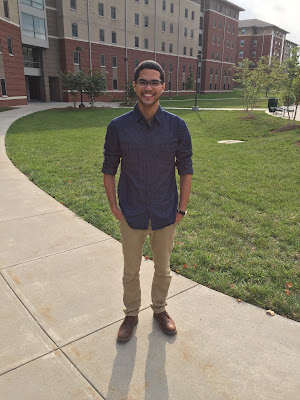 My name is Antarius Daniel and I am a senior pursuing a Bachelor’s in Bioengineering. My professor, Dr. Joiner, gave me the opportunity to work in his sensorimotor lab beginning in the Fall 2016 semester. He proposed the project idea of investigating temporal perceptions of human subjects. I researched previous works on this subject and there were multiple studies on temporal perception in mice. The mice were trained to categorize sound lengths that were either longer or shorter than a reference sound. Investigators found that there was a correlation between the movement of the mouse and the ultimate decision by the mouse. We decided to extend this study to humans to see if the same patterns can be extracted, giving clues to how the brain encodes for time.

This project interested me because there is limited information on this subject, so to be a part of expanding that knowledge is very exciting. This has also been a great opportunity to familiarize myself with the research process. There are many steps in creating a great experiment such as literature review, procedural planning, data acquisition, and data analysis. I hope to one day be a part of cutting edge research that will better medical care and outcomes, so this experience is giving me vital skills for my future career goals.

So far this semester, I have been aiding in finalizing the procedure and requirements for the human testing. This includes pilot testing to obtain preliminary data and ensuring validity of the tests. I have also been in close contact with my professor to discuss different aspects of the research.

Once the final touches are made, human subject testing will begin to get real data that can further analyzed.
Posted by OSCAR Links to this post 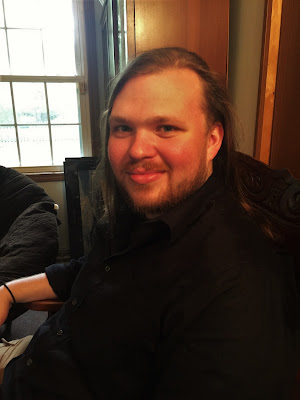 My project is looking at the relationship between planning, goal progress, and happiness. The basic idea is: if you plan to get 10 things done, but you only have enough time to get 5 things done—you’re probably going to feel kind of down. Because of this, it would probably be better for your happiness to plan and get 5 things done. I came up with the idea for this project because I have always been a goal oriented person. I have usually been able to make consistent progress towards my goals, but I was never able to make progress on all of my goals. Any joy I had from making progress on one goal was usually offset by my disappointment over not progressing in my other goals. Talking to other people, I started to find out this was a pretty common problem people had. I was motivated to pursue this project because I knew it would benefit me, but also because it would benefit a lot of other people.

Speaking of goals, this project also plays a vital role in my longer term plans. After getting my bachelor’s degree, I plan to pursue a PhD program in Industrial Organizational Psychology. Industrial Organizational Psychology is the study of human behavior in the workplace. When I apply to programs, this project will show potential grad schools that I am capable of coming up with and executing my own research ideas. Working on this project also gives me a realistic job preview of what to expect in graduate school and after, if I choose to become a researcher.

What I actually do on a weekly basis varies a lot. Research consists of an interesting dichotomy of tasks. Everything I do is either the highest level of intellectual tasks or the lowest level of menial tasks. For example, one day I may be thinking about the scientific and philosophical arguments for my project, and discussing that in depth with my advisor. The next day I could be filling out paperwork, saving links to articles, and punching data into spreadsheets. The menial tasks may sound boring, but they are actually a calming break from rigorous intellectual tasks. Currently, I am creating the survey and practicing writing what will hopefully be the research article that comes out of this project.

I think the main thing I have learned this term is that you need find a balance between structure and flexibility. You definitely need plans in order to succeed at research, but you also have to be able to accept that those plans could change completely at any moment. I think finding this balance is a true challenge for most people, we all either love structure or love flexibility. I think the solution to this dilemma is to think of things that could possibly change or go wrong, so that you’re prepared if it happens. Also keeping yourself emotionally detached from your project is vital. You’re investing a lot of time and energy in this project and it’s easy to get emotionally caught up in it. It’s an amazing feeling to be passionate about what you’re working on—but you don’t want to have a mid-semester mental breakdown because you find out your project is going to take three months longer than you expected.
Posted by OSCAR Links to this post

Email ThisBlogThis!Share to TwitterShare to FacebookShare to Pinterest
Labels: CHSS, URSP
Newer Posts Older Posts Home
Subscribe to: Posts (Atom)
The Office of Student Scholarship, Creative Activities, and Research (OSCAR) supports undergraduate research and creative activity, both within and beyond the classroom, at George Mason University.
This blog was the website before we opened oscar.gmu.edu. Now, we use it to feature work by our undergraduate scholars, update you on scholarly events at Mason and share opportunities beyond Mason.