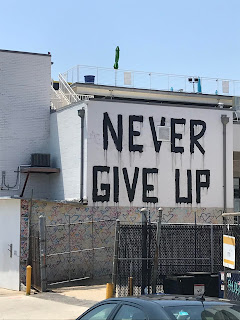 The urban landscape of Washington D.C. is in flux. Municipal policy has consistently delivered displacement by design by prioritizing the interests of white developers at the expense of black and brown communities. However, at the same time there is a viral intolerance building up within the city, asserting not just a right to stay in one’s house as it, but a right to make a home.  My research revolves around one central question: in the wake of rapidly increasing rates of homelessness and expulsion, what alternative ways to design the city and generate home are taken up by communities in their fight against displacement?

Drawing on interviews I did with members of EmpowerDC (an anti-displacement NGO) as well as my own experience volunteering with them, I found there is radical potential for the city to plan itself, rather than be planned by. In the wake of a disastrous response to COVID-19 both federally and locally, EmpowerDC expanded mutual aid projects to provide hot meals, groceries, fresh greens, hand sanitizer, masks, and flowers to anyone who needs it—no questions asked. At a time where access to these resources can be a matter of life or death, how can these events be seen as a practice of home-making, of democratic planning by, for, and of the city? As I have found, these communities have forged more than material networks for survival. They also exhibit a way of relating to one another that cuts back at the profit-over-people rationale driving displacement in the nation’s capital, creating a sense of home amidst and against the threat of displacement.

URSP Student Hannah Brennan Works Toward the Creation of the Non-Native Articulatory Corpus. 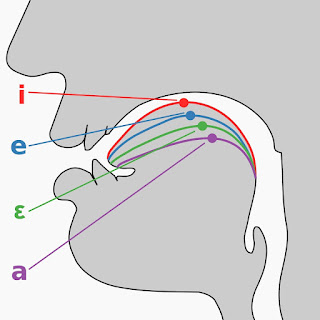 This summer I worked on a pilot project toward the creation of the Non-Native Articulatory Corpus. This is a database of acoustic and articulatory data of speakers of French as a second language. The acoustic data is made up of the participants’ audio recording, while the articulatory data is acquired using an ultrasound machine on the participants to record the movements of their tongues as they speak. Unfortunately, due to COVID-19 we were not able to perform the articulatory aspect of the research, but we were able to get creative and focus on an acoustic pilot study where we walked participants through recording themselves on a video chat to collect our data.

We were able to prepare everything for when the researchers would eventually be able to work on the database to its fullest. This means that we worked on the creation of the stimuli, the parameters of the research, and the website which would hold the database. The longest part was the creation of the stimuli: we set out to create a list of 40-60 sentences which would encompass every possible sound combination we could think of in the French language.

Additionally, to further work with the data we collected, as well as to test out our processes, the interns divided into two groups to conduct our own studies using the stimuli and the recordings created for the database. My group looked at the voice onset time of voiced stops (/d b g/) and how their placement in the word and in the sentence, and the following vowel can change the speaker’s production of these stops.

I have learned so much over this summer, from using different software to having a more concentrated study in phonetics, and I have been a part of the field of research in linguistics as a whole as we came up with new ways to continue our research in spite of not being able to use our labs and some of our machinery. Most of all, I have had the pleasure of working on the beginnings of a project that will outgrow me and continue to be a resource for linguistic study. 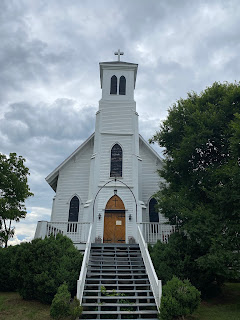 When I first applied for the FEWS Summer Team Impact Project, I never would have guessed that I would be doing my work remotely and meeting with my peers and project leaders over WebEx. The FEWS Summer Team Impact Project examines the interconnectedness of food, energy, and water systems (FEWS) in rural Rapidan, located in Culpeper County, VA and finding solutions to FEWS problems in the area. The location for this project was chosen for many reasons, one of which being that Rapidan is relatively close to Fairfax. This made it possible for the team members to be able to go to the project location and see the farms, observe the flooding of the Rapidan River, and speak directly with the community members. Of course, this did not happen due to COVID-19. However, the FEWS team did not let this alter the main goals of the project.

The FEWS Project shifted gears. Now, instead of in-person interviews, we have been meeting with dozens of farmers, community leaders, and community members online. On a positive note, it has allowed us to interview many more people than expected, because working remotely has increased the flexibility of many people’s schedules. Our enthusiasm for this project has certainly not been stifled by COVID-19, as we have been able to meet virtually with so many locals of Rapidan and Culpeper County and deepen our understanding of the various issues they have been facing. Flooding is a prominent issue for many community members. Obesity and adverse health effects of malnutrition are two more prominent issues. I could go on and on about the multifaceted issues that community members of Rapidan have faced, but our project is still ongoing and every day we learn more about the negatives and positives of being a resident of Rapidan. Our hopes for this project remain the same during COVID-19: that we can find solutions for Rapidan residents and work to solve the issues relating to food, energy, and water systems in their town.

My name is Sarah Blanton, and I am entering my senior year studying Global Affairs at George Mason. During the summer, my colleagues and I have continued a project Dr. Cher Chen of the School of Integrative Studies started about a half-decade ago on student activism and well-being. Although literature on student activism is well-established, almost no studies address student activism, well-being, and burnout in conjunction. This study seeks to address this gap in research, and eventually provide the foundation for student support networks to be built. We worked with 3 faculty members: Dr. Chen, Dr. McCarron, and Dr. Cai. I worked on a team of 6 undergraduate researchers. My colleagues were divided into three teams: Women’s Rights, Racial Justice, and Immigration Rights. Our teams contacted participants in the relevant areas, and conducted interviews for participants with activist interests which matched our teams. My partner and I, Anagha, worked on the Women’s Studies portion of the project and also interviewed LGBT+ activists.

In order to meet COVID-19 guidelines, all of our meetings have been conducted virtually. All interviews with participants were entirely digital, using the Blackboard Collaborate function. We recorded and transcripted interviews using the Otter.ai app, and polished transcriptions by correcting any discrepancies between the transcription and audio file. We also attempted to address how the pandemic places a strain on student activists by incorporating questions about well-being and COVID in our interviews.

Although I have about a year of qualitative research skills, this has been my first experience gathering data. I really enjoyed conducting interviews, and my passion for the subject motivates me to do the best work possible. By learning to conduct interviews, I gathered a valuable research skill which will stay with me throughout my career. Transcribing has been an exercise in concentration and attention to detail. The most valuable thing I have learned during this project is how to code transcripts, which I have aspired to learn for over a year. I am so grateful for the opportunity to finally understand this process. I feel like I have all the tools I need to conduct my own research projects in the future. Hopefully, having this knowledge will make me more competitive for TA positions or graduate research positions, since I have always dreamed of continuing to grad school and need to finance my ambitions. 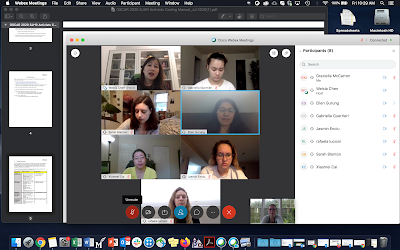 For my project, I am going to create a short film simulating the effect of drug-related violence on children in the Philippines. I was motivated to pursue this project because I believe that it is an important story that must be told to the world through a visual narrative. Since being given this opportunity, I have been working closely with a production team in the Philippines to successfully execute pre-production, production and post-production.

Now that my team and I are nearing the post-production phase of the project, I began to realize how fast everything went by, and how I have not been able to process all my achievements, big or small. Now that I have taken the time to indulge in these new experiences, I realize how this summer has been eye-opening, encouraging and fulfilling. I learned more about the film industry in the Philippines and how they operate in these struggling times. I also learned more about myself and how I work in fast paced environments. Originally, I was supposed to create a fiction film a big production crew, but due to COVID-19 I transitioned toward a smaller production for a non-fiction film, with an entirely new script and approach. Instead of traveling to the Philippines to direct the film, I have been working remotely with a team of six. I have been actively meeting virtually with this team. Also, instead of interviewing children affected by the war on drugs, I consulted with a psychiatrist who worked closely with the children in order to gain a deeper understanding of the children’s experience and to get their approval for the script.

In the beginning, the weight that COVID-19 had on my project was overwhelming, but I soon turned it into motivation that fueled my passion for filmmaking even more. Through this opportunity, I will be able to take a closer step into the film industry by submitting my film to local and international film festivals. 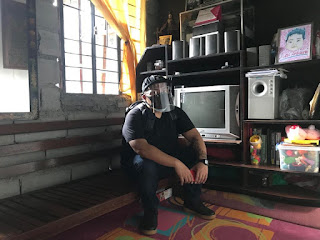 Email ThisBlogThis!Share to TwitterShare to FacebookShare to Pinterest
Labels: Summer, URSP
Older Posts Home
Subscribe to: Posts (Atom)
The Office of Student Scholarship, Creative Activities, and Research (OSCAR) supports undergraduate research and creative activity, both within and beyond the classroom, at George Mason University.
This blog was the website before we opened oscar.gmu.edu. Now, we use it to feature work by our undergraduate scholars, update you on scholarly events at Mason and share opportunities beyond Mason.