My name is Zaineb Nawaz and I am currently working on research in the Medical Imaging and Photoacousticts lab at the Krasnow Institute for Advanced Studies, GMU. I am majoring in Bioengineering with a concentration in Biomedical Systems and Signals. However, in addition to my concentration in Biomedical Systems and Signals, I am also following a Pre-Health Advisory track, as I intend on pursuing a career in medicine. This interest in two distinct fields led to my participation in my current project; an integration of medicine and Bioengineering.

My current project deals with the use of photoacoustics to detect bacterial biofilms. Bacterial biofilms are microbial communities which reside on the surface of organisms. A thick surface comprised of extra-cellular polymeric substances is created during the formation of bacterial biofilms. This thick surface surrounds and protects the bacterial biofilm inhibiting foreign particles, such as therapeutic drugs, from coming in proximity with the biofilm hindering both the detection and treatment of biofilms. This however, can potentially be countered by photoacoustics. Photoacoustics depends on the “optical properties” of a given tissue rather than its “mechanical and elastic properties” This allows photoacoustics to provide specific details of the molecules present, potentially allowing it to overcome the hindrance created by the biofilms ability to hide its true composition. 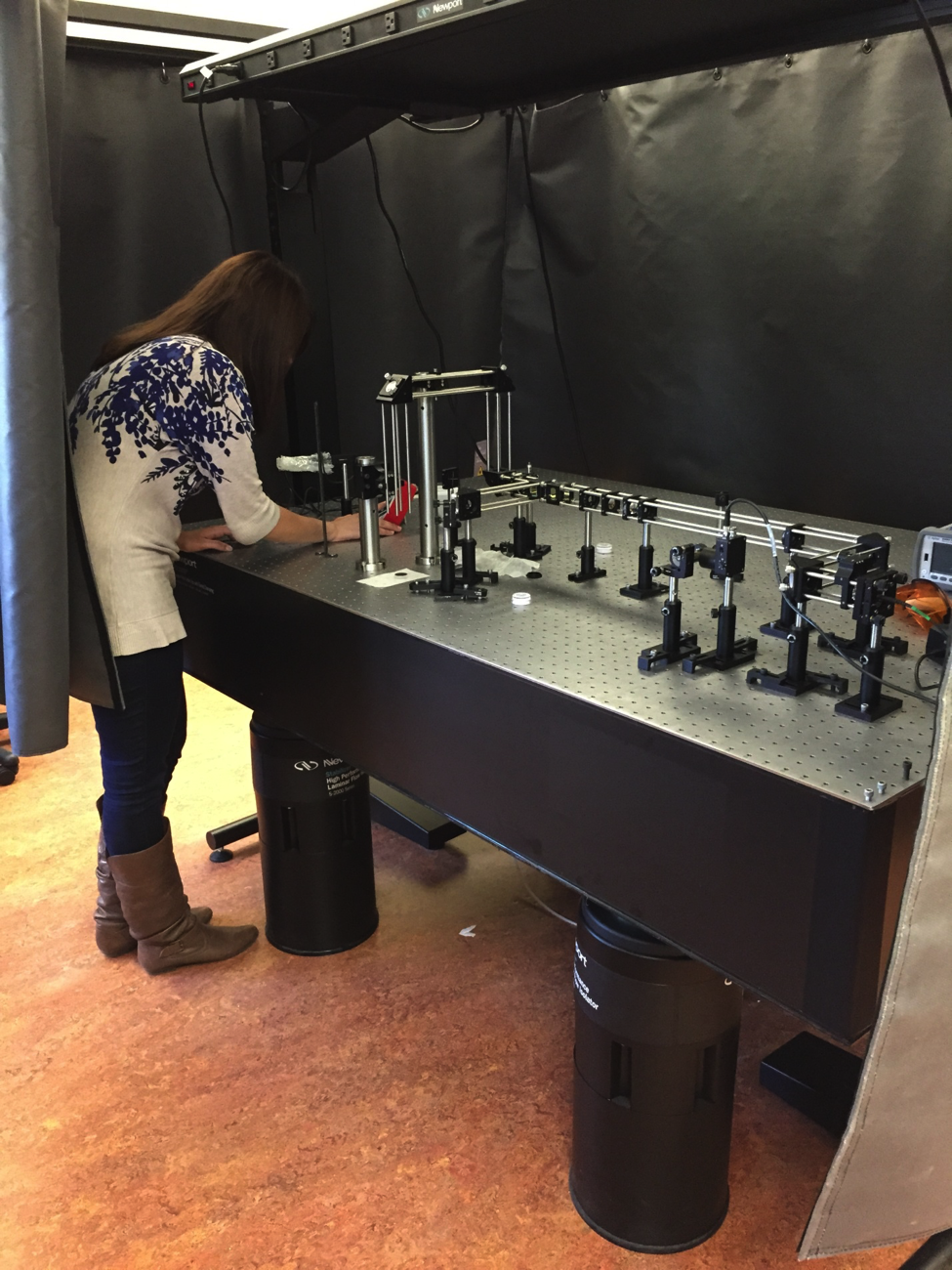 Conducting this project I hope to polish and further enhance the Bioengineering skills I have learned in my classes over the course of degree. I want to be able to practically demonstrate the textbook knowledge received in classrooms. I hope that through the conductance of this project I will be more comfortable working in the real world, where I have to apply the skills to solve novel problems.

As this is an original study, and we are not replicating a previous study, what we do in lab every week varies. We will be working on producing biofilms one week, while the next week we will be working on setting up the system required to scan the biofilms. So far we have narrowed down the list of biofilms, and decided the two biofilms to use, set up the scanning system; including writing a PC based program to control the system and producing smaller parts in a 3D drawing/printing software; and produced the biofilms used in this study. There are new learning experiences every week. For example, this week I learned about the different components of a tunable laser as well as how to use the laser to carry out scanning.
Posted by OSCAR