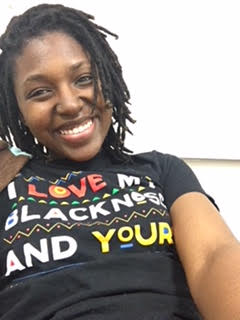 This semester I am conducting a project titled Food Deserts: Exploring Local Perceptions of Washington, D.C.’s Ward 8 Food System. A food desert is an area that lacks access to fresh, affordable, healthy foods. Ward 8 of Washington, D.C., located in Southeast, has been deemed a food desert by the United States Department of Agriculture. This ward of the city has only one grocery store out of the more than 50 grocery stores that are distributed throughout the city. This is compared to the average six grocery stores per ward. It is also important to note that this Ward of the city has the highest number of Black residents, the lowest median income, and some of the highest rates of diabetes and heart disease throughout the city. This is not by coincidence.

The ways that we choose to nourish our bodies has a direct effect on our potential and possibilities not just as individuals, but also as a community. I view a lack of access to fresh, affordable, healthy foods as a direct attack on a community’s ability to thrive and grow together. Growing up in Richmond, VA, an area also considered a food desert, and taking an environmental justice course that touched on issues of food justice I have grown passionate about these issues.

To center the experiences of Ward 8 residents, I am interviewing local residents and gaining perspective on the ways that they navigate living in food scarce neighborhoods. The first half of my semester was spent traveling to Southeast D.C. multiple times a week to interview residents. While the second half has been spent coding and analyzing my data, which I wish to turn into an article that can be shared with key stakeholders throughout the city and specifically in Ward 8. This project is the start of what I look forward to being a lifelong dedication to fighting for food access in our nation’s urban food deserts. Additionally, as someone considering a career in academia, this project has allowed me to get my feet wet and has shown me what serving a community through academia and research can look like.