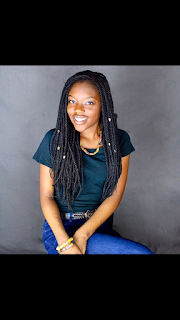 My name is Ashley D. Koranteng, and I am an Honors College, Community Health junior here at George Mason University. The formal title of my research is, “Availability, Price, and Variety: Identifying Variance between Consumers' Culturally-Based Produce Wants and Grocers' Offerings in Washington D.C.’s Ward 7.” I came up with this research idea through learning about food deserts my sophomore year, and doing some preliminary research on combating the issue of food deserts in Wards 7 & 8 of Washington, D.C while taking Dr. Lindley’s Health Promotion and Education course. Food deserts, as defined by the USDA are, “parts of the country vapid of fresh fruit, vegetables, and other healthful whole foods, usually found in impoverished areas”. When I found out that portions of Wards 7 & 8 in D.C. were food deserts, and I saw the DC Greens Grocery Walk advocating for eradicating food insecurity; I knew I wanted to look closer into this problem in some way. So, I selected 3 neighborhoods in Ward 7 (specifically, the neighborhood that includes 1 of 2 grocery stores in the approximately 75,000 person, Ward 7, and the 2 neighborhoods around it). On a week by week basis, I visit 2 corner stores and the 1 grocery store that service these 3 neighborhoods, and record the prices and products available to customers. I also analyze census data: demographic and income;  and look at the specific cultures and ethnic groups residing in these neighborhoods, as well as, the foods that they eat. I then compare the products available to them with the typical products they need to cook foods based on their cultural background, as well as, the prices produce items cost and the income levels of the residents. One thing I discovered is that many of these residents are living in poverty, but are forced to pay unaffordable prices for their produce needs due to not having any other options available to them, as well as, not being able to afford to travel for their grocery needs. Ward 7 has the second highest rate of physical inactivity, obesity, and diabetes in Washington, D.C. I hope my project sheds light on this issue, and creates needed policy changes in Washington, D.C. This project is related to my long  term goals of becoming a DrPH (Doctor of Public Health), and working in the field of health program planning. I hope to create program plans and public health campaigns to combat large public health issues affecting US residents, and people abroad!