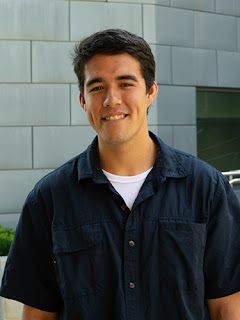 Hi, I’m Jon Rossi and I am working on the STIP titled Translating Significant Biological Data through a Novel, Intuitive Graphical User Interface. The goal of this project is to develop a tool, useful to biologists, which allows one to find significant gene interactions. There are multiple different groups working alongside each other on this project. There is a graphic design team involved in the visual aspects of the project such as presenting the data and ensuring the interface is aesthetically pleasing while also being functional. There is a middleware team who works closely with everyone and handles the infrastructure of the project. Finally there is the backend team, which I am a part of, who works on processing the data. Doing so entails using statistical techniques and tools to process large amounts of gene information and isolate significant relationships. For instance, someone might be interested in comparing which genes are active in a sick person to those that are active in an unaffected person. Examining the differences in gene expression between various populations is a fruitful course but often presents issues with regard to both the size of the task and the subtleties involved. Due to the sheer volume of data that many of these samples contain, it can be very difficult to uncover any relationships that exist and novel methods have to be developed to approach this problem.


I have a certain degree of interest in bioinformatics and in general how computers can be applied to scientific problems. As a result, when I saw the posting for this project, I eagerly applied. I think a project of this sort is a good way to learn new things as well as encounter interesting and previously unknown topics. In terms of my long-term goals, the techniques and skills developed while working on a project like this are certainly in high demand in industry, additionally being involved in the scientific applications of computing is a goal of my own. The work on this project also has required me to learn some new techniques and technologies that would otherwise be difficult to encounter in standard coursework which itself is valuable experience.

A typical week at work entails a lot of programming. In particular, implementing various statistical tools, or processing the data into manageable forms are typical activities for me. Oftentimes it requires familiarizing myself with some new tool, and a decent amount of time is devoted to simply testing and experimenting. Additionally, given the multiple teams on this project, there is always an element of conference with other groupmates where we try and integrate our work together. Throughout this project I have had the opportunity to learn about various techniques used for gene expression analysis, including the PCIT algorithm and differential wiring. I have also had the chance to learn about and apply some statistical learning techniques. Overall, this has been a very rich experience as the work itself and the related subjects are quite interesting.
Posted by OSCAR

Email ThisBlogThis!Share to TwitterShare to FacebookShare to Pinterest
Labels: STIP
Newer Post Older Post Home
The Office of Student Scholarship, Creative Activities, and Research (OSCAR) supports undergraduate research and creative activity, both within and beyond the classroom, at George Mason University.
This blog was the website before we opened oscar.gmu.edu. Now, we use it to feature work by our undergraduate scholars, update you on scholarly events at Mason and share opportunities beyond Mason.