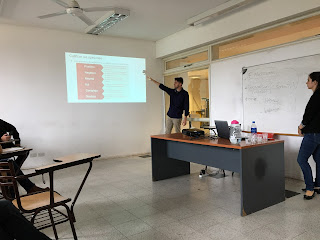 The research Dr. Serigos and I presented at the 64th Annual International Linguistics Association Conference in Buenos Aires focused on the opinions in Argentine media towards the use of Anglicisms in Spanish. Anglicisms are defined as words or expressions that are either directly taken and used in another language (i.e. software, marketing) or that are derived into other words or expressions (i.e. políticamente correcto, estrés), and are commonly read and heard throughout the country. It has been very trendy within the last decade to use English to advertise a store or product or for people to use political terms, like “déficit,” when discussing the news. Dr. Serigos and I examined the country’s two largest newspapers for articles about Anglicisms and classified the opinion(s) as positive, negative, neutral, divided, complex, or NA. The NA group, those articles in which “Anglicism” appears as a passing reference, was the most common. Out of the articles that did express an opinion, however, most were negative, as they expressed fears that Spanish is changing for the worst. The research we completed provides quantitative evidence necessary to understand how changes in language as a result of globalization are perceived.