During an English class my sophomore year, I was asked to write a literature review on a topic in my field that interested me. After doing some reading, I decided to write about ultrasound in therapy. As a non-invasive tool most commonly used for imaging, it piqued my interest.  My mentor, Dr. Chitnis of the Bioengineering department at GMU happened to be doing research into therapeutic ultrasound, specifically ultrasound-actuated drug delivery, and I was excited to work with him on one of his projects. 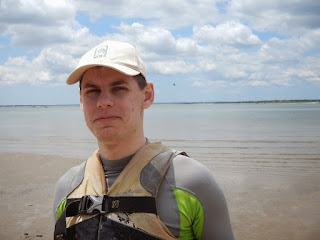 Dr. Chitnis and his colleagues have developed a hydrogel capsule that is filled with medicine and implanted at a given area, then heated, releasing the medicine in a localized area. The applications for such a system are vast, and most notably include chemotherapy, which typically results in nasty side effects due to the high dosages and systemic circulation of the drug. A localized capsule solves these issues by restricting the drug release to the targeted area, in this case a tumor.
My research focuses on construction of a model for drug release based on the heating of the capsule. Because the hydrogel contracts when heated, and the contraction is stable at any given temperature, a mathematical model relating the two allows for real-time control of how much drug is being released, enabling doctors to tailor release profiles on a per-patient, per-drug basis.
At this point, I am working mostly on the computer, scouring literature for the physical properties of hydrogels, and calculating the fluid dynamics present in them. The nature of the project and the circumstances this summer have confined me to physics and mathematics to characterize the temperature-release relationship, but the work is satisfying, if frustrating at times. In the future, I will most likely be working in the same field, hopefully with more opportunities for physical experiments. This project has opened my eyes to some of the realities of research, and the opportunity to work with Dr. Chitnis and alongside the other members of the Biomedical Imaging Lab has been extraordinary.
Posted by OSCAR