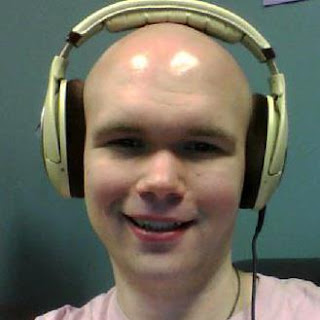 In the first of core Game Design audio composition and editing classes [GAME 250], Dr. Martin made the point that a lot of the exact sounds we mix when creating digital copies of music and sound effects in games wouldn’t necessarily be heard by the player, because we were using high-end audio monitors, where most people would be using a wide variety of far cheaper audio equipment. Later in the semester we discussed about how microphones and speakers from the mid-1960’s were often better than modern devices. This ignited a dissonance in my head; how is it that we constantly have better and better home visuals and people are willing to spend more money for the best graphics, when they are missing out on a lot in the core of the sound. Around the same time, I read this news article on some highly skilled blind people who were capable of riding bicycles, through use of rapid human echolocation. The idea has since been implanted in my brain that with or without visual, realistic echo could add a lot to a game, in emersion, audio quality and accessibility to the blind and visually impaired.
This project is my exploration into making these realistic echoes live-rendered at play time a reality, specifically testing in the Unity engine. As a Game Design major, any creative game project, especially one as programming focused and ambitious as this is a great boost to my employability and takes me a few steps closer to my real goals and dreams, being an Indie developer of enough skill and means to make any project I desire and is largely a tech demo for a larger game design idea I’d like to pursue in the future and honestly advancement in consumer audio quality is also intrinsically among my personal goals, because I feel that there is so much that people miss out on in music, film and games through deprecated quality.
This semester, most my free time is split between my two major projects; this one and my Senior project. I still take time for personal fitness, get enough sleep and have social time, devoting a cumulative average of 20-25 hours on the two projects; often spending the entirety of the weekend coding. Specifically to my work on Audio rendering in Unity, progress has been slow; as of this writing, three attempted methods have failed and my time devoted to this project is devoted to coding the fourth method, which being that it’s built from relative scratch and not relying on calculations intended in engine for other purposes, I feel and hope will be successful. The possibility of using this method is something I stumbled upon while reading the library reference for Unity engine; that rather than relying on the default physics, light-based rendering or modifying the default 3D audio to allow for realistic echo, I could directly access the mesh data and parse the models manually. I hope to have a working prototype based on this fourth method within a week of reading acoustics books, the Unity references and coding. Final goal is to have a usable audio system for game developers to use to have realistic echo in their 3D environments.
Posted by OSCAR