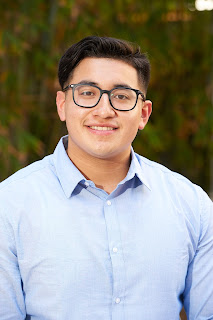 This project is a direct extension of my research conducted in the Fall of 2017 overseen by Caroline and her graduate adviser, Dr. Jane Flinn. Despite the relatively short duration that mice had access to the wheels (< 30 days) from my previous study, the differences between the mice were robust. Because I was not expecting these results, I sought to understand what exactly was taking place in these mice that could have caused these behavioral changes. More so, a new flame was ignited: did exercise aid with the release of some stress-reducing signal, or were biochemical signals released that caused the rodents to become more stressed? Was behavior mediated by the prosocial effect of running wheels? I see this study as an opportunity to grow as a student and researcher and possibly seek publication that will encourage researchers to raise ethical standards when it comes animal usage in labs. I am interested in this project because I can connect both my passions of health & well-ness with research. In the future, I do plan on continuing research and as of now would like to pursue a duel degree of a M.D/PhD. With this exposure to research and independence, I will better be able to carry myself as a researcher and medical professional. I hope to expand this study and eventually adapt it into rat models to learn more about depression and anxiety.
On a weekly basis my tasks are focused on analyzing brain tissue through various techniques such as western blotting, immunohistochemistry and histology. My tasks range from slicing brain tissue to making it a “pulp like state” and using them to carry out the various techniques. I work side by side with Ms. Caroline Neely at times and spend most of my time in the Krasnow Institute.
One thing I discovered this term is how important it is to truly manage your time. I never realized how much of a difference a small-time frame window such as 15 mins can make when conducting research. This semester I learned how to properly carry out the western blotting technique and patience was a  huge component. Overall, I learned how to manage my time better and developed my skills in being patient.