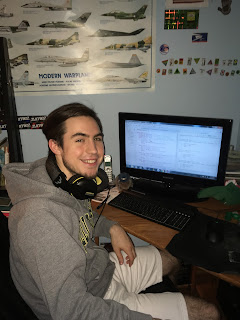 My interest in this project began when I first transferred to George Mason, when I met Professor Lien as my academic advisor. During our first meeting we discussed different aspects of Computer Science, more specifically algorithms. I showed him a small project I had been working on by myself which happened to lead to the research I am doing now. I had been writing a solution to the traveling salesman problem, in which a salesman must find the most efficient route between several different customers. It was then that he introduced me to the idea of unfolding an objects surface and the applications that it may have. By considering the makeup of a three dimensional object as a collection of many points, you could find a path that touches each point in one continuous strip, much like the traveling salesman must find a path to all of its customers in one continuous route. The challenge of finding this path is very interesting to me and I have been studying it ever since.

This has been my best experience so far at George Mason. I have learned a great deal about using programming languages, collaborating with other people, and conquering challenging problems. Professor Lien has been a great mentor, giving me all the tools I need to succeed. This type of work is definitely something I would look to pursue as a career once I graduate from Mason.