I have always had a strong drive for science and fascination with the ocean. Growing up one of my biggest hobbies with friends was maintaining large 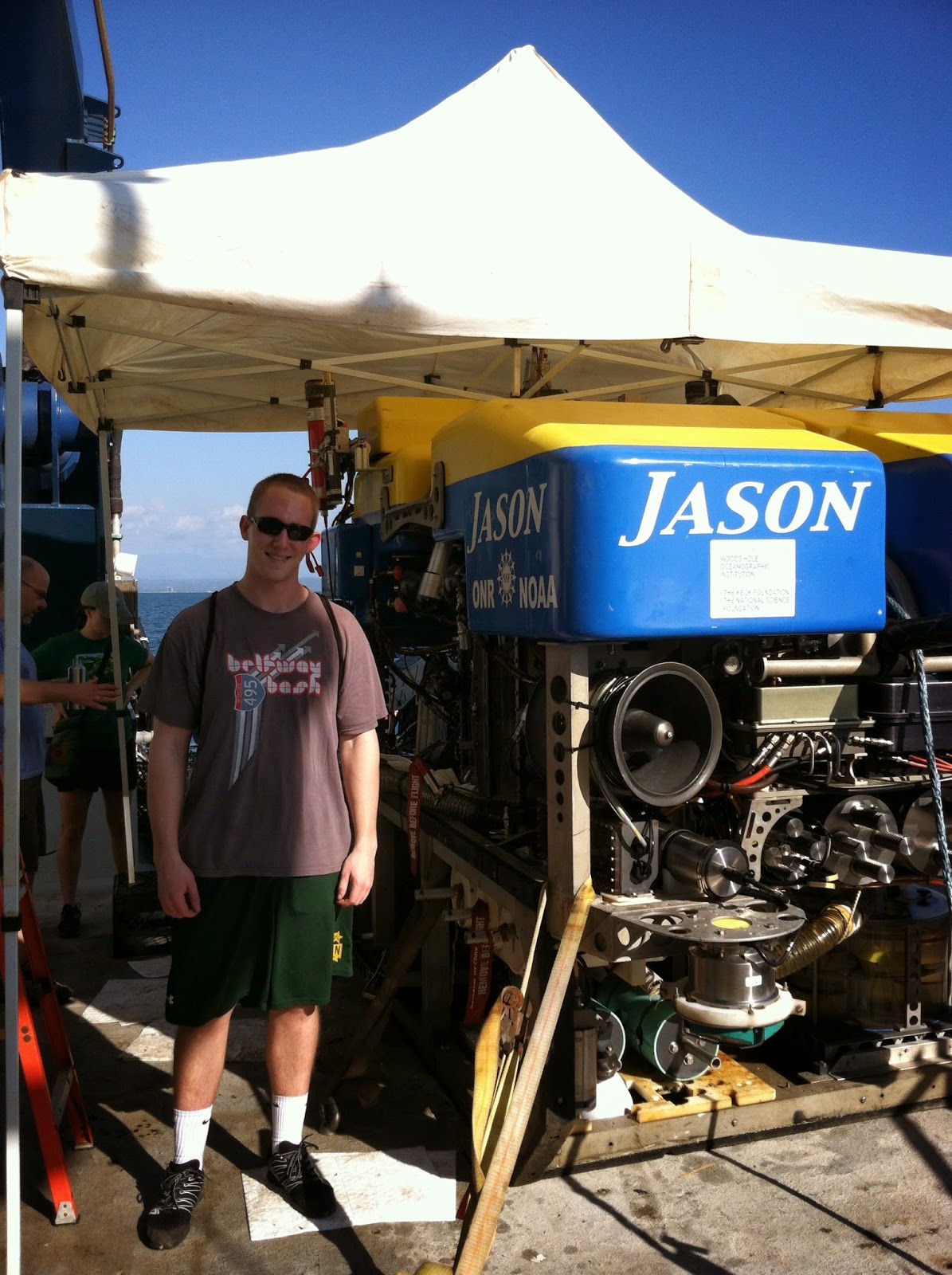 aquariums and observing underwater life. I originally worked with Dr. Foustoukos on a chemistry related project at the Carnegie Institution in Washington, and when offered the opportunity to spend a month at sea on the East Pacific Rise I said yes immediately. My entire life I have wanted to live on a ship conducting scientific research and I finally had the opportunity to do that.

After working for several months at Carnegie with Dr. Foustoukos, I started working a lot with Dr. Perez-Rodriguez (Carnegie post-doctoral fellow), classifying a new species of iron-reducing bacteria. I became very familiar with chemosynthetic microbes (microbes that live off of chemicals in their environment) and hydrothermal vent systems where many of them are found. This new set of skills really helped my candidacy for the research spot on the ship.

I developed a great set of research skills and met some incredible scientists from all over the world. The international effort featured scientists from Russia, Greece, Puerto Rico, France, Germany, Canada, China, India and the USA. I made friends and contacts that I will have for the rest of my life; it was an outstanding opportunity.

Daily life on the ship consisted of waking up, eating, spending all day crunching numbers and taking measurements and performing various analysis techniques and serving your 4 hour Jason shift. Jason was the remote controlled submarine that was used to take samples from the sea floor (2 miles deep). Jason had a large control room and it operated 24/7, so teams of 6 were swapped in and out every 4 hours. My shift was 12am to 4am. Specifically, during the day, I analyzed every water sample we took for hydrogen peroxide and I counted cells in our samples to quantify the amounts of microbial life. Our (Dr. Foustouokos, Dr. Perez-Rodriguez and myself) experiment involved culturing deep-sea microbes in situ at high pressures. The goal was to observe metabolic rates of nitrate-reducing microbial populations in different pressures relative to their natural environment.

Several new things were discovered on the ship already, not counting the next year of analysis to be carried out on all of the samples. We found many new hydrothermal vent sites and named them during our Jason van shifts. DNA analysis confirmed many new undescribed species of bacteria were present in samples as well. We also found hydrogen peroxide in vent fluid samples, something that has not been done before.

Living and researching on the ship was an incredible experience that I will never forget. Analysis for our particular experiment is ongoing to this day, although things have slowed down. Many fluid and microbial samples are in the freezer until the time is right to grow and classify new species and perform other various analyses. Our experiment is part of a much larger, international collaborative effort nicknamed “Dimensions” that is working to gain a better understanding on deep-sea biological and chemical processes. 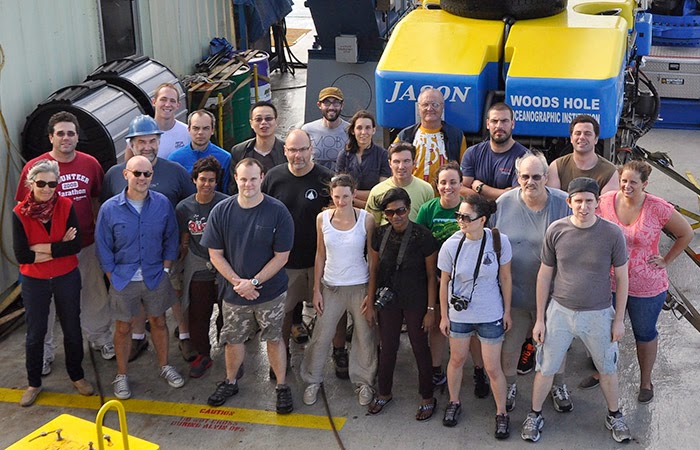